I’ve enjoyed playing in the Dilbert universe, but lately, I’ve been realizing how white and male it is. When female or non-white characters appear in Dilbert, they tend to function only as stereotypes, and I’m afraid I haven’t shaken that up nearly as much as I could have.

I’ll try to do a bit more in future strips, but I’ve also decided this: my next strip (after this strip ends with Trump out of office) will feature a female protagonist and a more diverse cast of characters. It will also be political, and also based on existing political figures (who, I won’t tell just yet) but it will be my own universe and not a parody of another strip, and so I’ll be in total control of the makeup of its denizens.

Counting down the days! 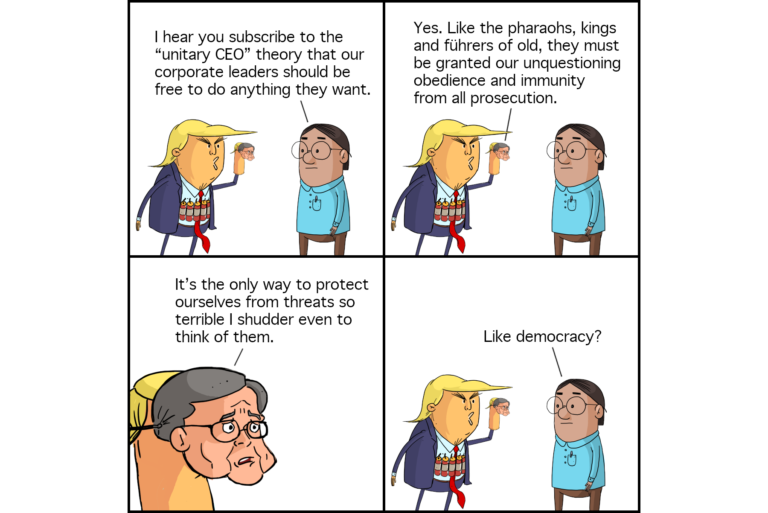